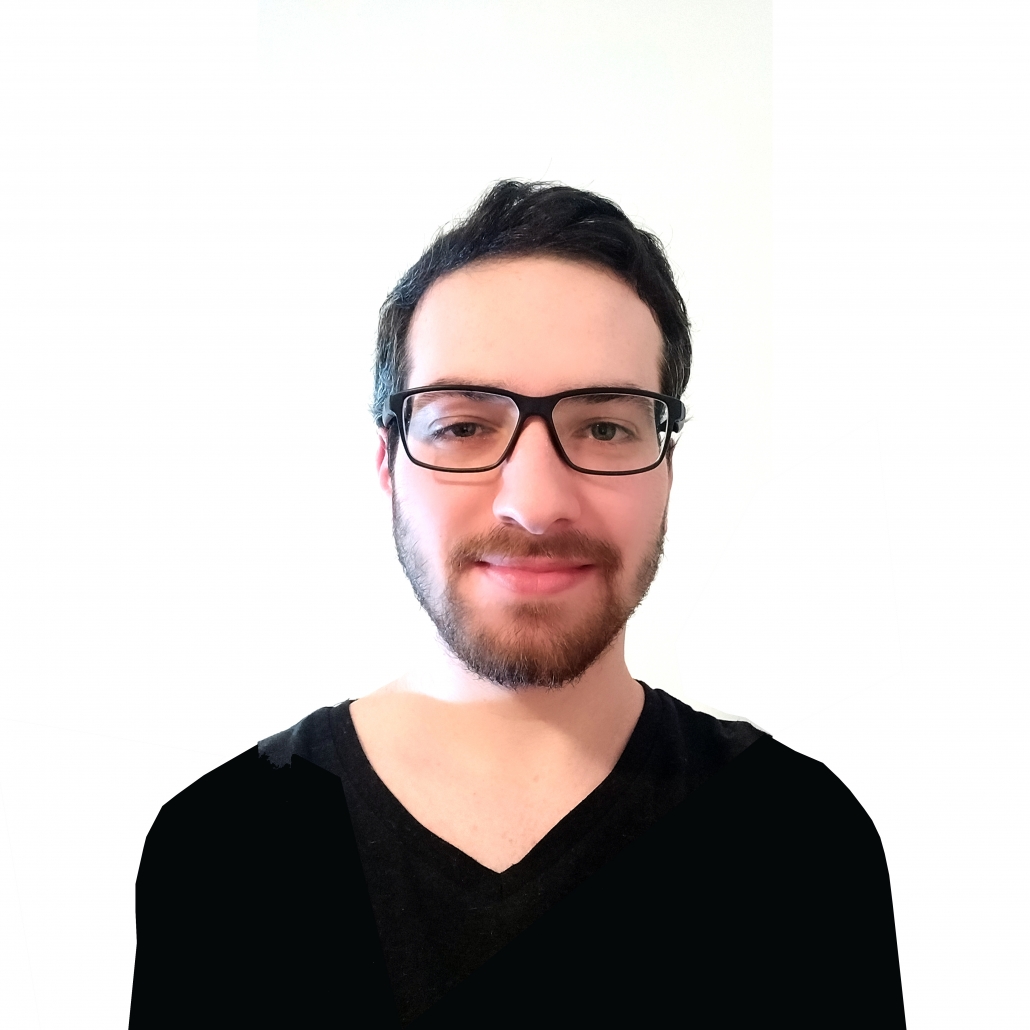 “NYIT has a really technological-oriented curriculum, and that’s really helpful at the end of the day when you want to transition from the academic world into the professional world. A lot of architecture today is technological. It’s done on a computer, and being prepared for that in school also gives you a leg up when you’re applying to the internships, or eventually when you finish school and apply to jobs. ”

ASR: [00:26] Omer, let’s start with your personal story. When did you decide to become an architect, and what led you to apply to architecture school?

Omer: [00:40] So after I finished my military service in Israel, I happened to visit New York City a few times and at that point, I wasn’t really sure what I wanted to do, but I knew that I wanted to go to school. I was debating a lot of different things. None of them having to do with architecture. But throughout the year, before I started school. I started getting interested in a lot of the things that have to do with architecture and the built environment around us. It just became a hunch feeling, like something that I wanted and needed to do and that’s when I applied to my school.

ASR: [01:34] What process did you follow as far as applying? What was your process? What did you go through to apply to architecture school?

Omer: [01:49] As far as this school, I did the pretty standard. Doing my SATs, sending in all my transcripts. I’m an international, so I had to go through the process of getting my visa as well.

ASR: [02:47] So once you apply for the Bachelor of Architecture, that is an extra 3 years or extra 5 years?

Omer: [02:53] An extra three years, so it’s a 5-year program instead of a 4-year program. It’s the standard accredited 5-year architecture program.

Omer: [03:09] As an architect, I really want to make a difference in sustainable design. Not necessarily scientifically invent all the new ways to be sustainable, but implement it. It’s not very implemented, as of yet today and it’s something that is really it’s really important to me. Sustainability in the environment and one of the biggest ways to make a difference is to influence the built world, as it’s one of the biggest contributors to climate change. So that’s what I want to work on.

ASR: [03:57] Do you feel NYIT is providing you with all the necessary opportunities to achieve your goals?

Omer: [04:06] NYIT has a really technological-oriented curriculum, and that’s really helpful at the end of the day when you want to transition from the academic world into the professional world. A lot of architecture today is technological. It’s done on a computer, and being prepared for that in school also gives you a leg up when you’re applying to the internships, or eventually when you finish school and apply to jobs.

ASR: [04:48] Do you feel that your education is preparing you to become a leader in the field with building design or the building industry in general?

Omer: [05:04] In my opinion, becoming a leader is something that’s personal. It’s about how much effort you put into mastering your craft and mastering your social skills. Basically, what you get back is a reflection of what you put in. As far as effort, and as far as work. Becoming a leader is also social skills and the way you relate to other people. That’s not something specific to do with architecture. It’s nothing to do with the architecture curriculum per se, but yeah, New York Tech offers a lot of rear service workshops, workplace workshops all that kind of stuff.

ASR: [06:18] As far as business knowledge relating to being a player in the professional world, do you think that NYIT equips you in the right way?

Omer: [06:36] I believe so, yeah. You can be a student that does his work, gives it to the professor, and then goes home. Or you can be a student that’s involved with the school community and therefore involved with all the fairs, and all the outreach, and all the career skills workshops, and all the lectures, and all of the Networking events. That way you’ll be a better person or a better worker I suppose, or be more fit to go into the professional field and put your best foot forward. So I try to beat the second kind.

ASR: [07:28] Is there anything that you dislike about NYIT? Or something you would like to change, to be different?

Omer: [07:42] I don’t think it’s anything specific with NYIT. It’s something that every architecture student would complain about.

Omer: [07:49] Sometimes the feeling of the overload of work, But I think every architecture student could say that probably.

ASR: [08:07] So for example, the fact that NYIT may tend to be overly technical compared to a school like Pratt, is not something that you consider a disadvantage?

Omer: [00:26] For me, it’s not a disadvantage because I come from a very technological background. A lot of my family works in tech, and I went to a more technical school and high school. I was never really a very artsy person.

ASR: [08:38] But isn’t that part of education, to bring you not what you would expect only, but what’s necessary for you to become better and challenge you to advance, to improve?

Omer: [08:55] Yeah. I feel like I learn a lot every day in architecture school and it’s very challenging. It’s pushing me to my current limits and expanding my limits as I go. So I really appreciate it, but for me, a school like New York Tech probably works a lot better than a place like Pratt, as you mentioned.

Omer: [09:24] In the way that I’m allowed to use my technical skills to my advantage and therefore my design. That lets me advance my skills, but also challenges me to not just work on my strengths, but also not push me over the limit of what my weaknesses are, at the same time.

ASR: [09:52] Ok, sounds great. Thank you so much. I really appreciate your time. Is there anything that you haven’t mentioned that I should ask you or that you feel that you want to mention about your experience as an architecture student?

Omer: [10:14] I’m really enjoying my time as an architecture student. It’s surprising me in a lot of ways, it’s different in many ways than what I thought it would be and I’m really happy with the way that I’m progressing so far.

ASR: [10:30] That’s one thing I didn’t ask, so let’s talk a little bit about your day-to-day architectural experience. You seem to love your school. Are you in the Manhattan campus or the other?

Omer: [11:02] Obviously before the Coronavirus. You are asking right?

Omer: [00:26] So before the virus, 4 days a week I would have a part-time job. So 4 out of 5 weekday mornings, I would go to work. My work was on campus. So after work, I would probably head down to the studio. There’s always something to do in studio, there’s always some work to do. I would have afternoon classes, usually between 2:00 and 6:00p.m. That was my studio classes and my visualization class. It’s a first-year class at NYIT.

ASR: [12:39] I used to teach it at NYIT actually. I’m just curious, you mentioned that it takes a long time. A lot of other people have said that, and they specifically complained about their studio. That it takes a long time, and not only that, but it is also disintegrated from the rest of the curriculum. For example, if you’re taking a visualization class, as well as a history, theory and criticism class, as well as a building technology class, you’re going to have four different projects. Yet the studio will require 60 hours a week of work or a minimum of 40 hours, and the rest of the projects you are not paying as much attention to. They complained about the fact that professors don’t work with each to combine these things so that all of the projects come together. What’s your take on that?

Omer: [13:38] A lot of design professors that I’ve encountered even tell you to your face, “Studio class is the most important and your other classes don’t really matter.” Some say it like that, some say it in a less extreme version of that. But yeah, sometimes it can feel like you have a lot of projects going on and they’re not necessarily relating to each other. Even though the classes around studio are supposed to support your work in studio. What my school is trying to do now, specifically with my class is they’re trying to integrate studio and the visualization classes. The content in the vis class, as we call it, basically is preparing you for studio, and then the work for the vid class is an extension of studio. They overlap. I’m not sure if I prefer it that way or prefer it to be separate. I enjoyed vis class when it felt somewhat similar, but also separate. Where it was about focusing on improving my skills, and designing with the computer, and designing with fabrication. Not so much about, “Well, this is what you’re doing in studio, so we’re just going to show you tips and tricks for it so you can go to your studio project.” But then again, I also understand where this is coming from, because if you have a bunch of separate projects, it would really feel like overloading to a lot of people.

Omer: [16:00] I really like it when they bring in outside lectures to talk about things that are actually going on in real life. We had, a month or so before all this started, a lecture about integrating biological machines, or machines that use microbes to create energy and take care of waste. It’s research that’s done in Europe, and it’s very early stages, and it’s nothing that will be implemented in actual structures for a little while. But that stuff is, specifically to me, it’s really interesting. Obviously because of the stuff that I like and the stuff that I’m interested in, but also from the fact that, it’s actual work that architects are doing. The first year in architecture school can sometimes feel completely arbitrary or projects that are not actual structures. I understand why it’s like that but it’s also not something that I enjoy so much. Hopefully, as I move along, next year starting a lot of the construction sequence of classes. All the concrete, and steel, and the CAD design. That’s more, quote-unquote ‘real’ work than history and theory and conceptualism. I think that I’ll enjoy that but that’s also a part of architecture education and that’s also important.

ASR: [18:13] Excellent. I appreciate your time and it was good information. Thank you so much.

Let us help you get there too!